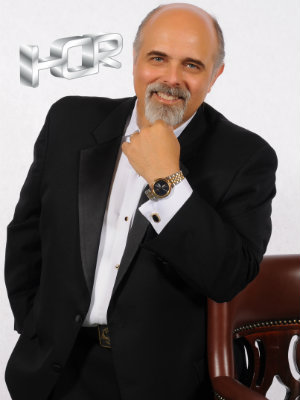 Bill Borden is uniquely suited and exceptionally trained to negotiate the current tides of today’s real estate and business transactions market. Bill Borden has conducted the business of real estate within all of the components of the transaction and has obtained a unique and cumulative perspective from each. During Bill Borden’s years in the real estate arena, his expertise spans from the very start of the negotiations as a Buyer’s Representative, Seller’s Agent or Business Broker to the management of a successful law firm for closing of the transaction, and everything in between such as Appraiser, Title Underwriter, Mortgage Underwriter, Loan Officer and was the Real Estate Wizard of the Wall Street Business Network.

Bill Borden’s undergrad degrees are in real estate and his Doctorate of Jurisprudence has an emphasis on real estate. Bill Borden holds the highest designation a Real Estate Auctioneer can hold, the CAI, a three-year course of study at Indiana University. Bill Borden has been in the real estate profession all of his life with the origins of his company found in his family’s real estate company established in 1939. Bill, originally from Kentucky, was the youngest licensed Broker in the Commonwealth at 19 years of age. Bill Borden has sold commercial and residential real estate for over 40 years. His real estate sales and consulting practice currently has offices in Georgia, Alaska, and North Carolina however his work encompasses all 50 states. In the 80’s, Bill Borden achieved Life Membership in the Realtors’ Million Dollar Club by having sold over six million dollars’ worth of real estate per month for several consecutive months. Bill Borden still sits on the National Realtors’ Auction Committee Leadership Panel and is a member of the Atlanta Board of Commercial Realtors. In 1989, Bill Borden sold his real estate appraisal company, which at the time was the largest in Georgia; however, he still holds a Certified General Real Estate Appraisal License, the highest level of license in the appraisal profession. Bill holds Broker, Appraisal and Auctioneer licenses in several states. Bill is one of the few qualified to sit as a Georgia Department of Revenue Hearing Officer that rules on property tax disputes over one million dollars for Boards of Equalization across the state.

Bill Borden has been honored and recognized by the Cobb County Chamber of Commerce as 2009 “Kennesaw’s Citizen of the Year.” Kennesaw Business Association also honored Bill as “Kennesaw’s Citizen of the Year.” Bill has been honored with the Cobb County Police Department’s Chief’s Award in 2016. Bill was the 2010 President of the Vinings Business Association, 2006 and 2007 President of the West Cobb Business Association, a Director, Vice President and past President of the Iditarod Official Finishers’ Club, a Cobb County Chamber of Commerce’s Leadership Cobb Silver Anniversary Alumni and serves on the Board of the Cobb Chamber as the Northwest Area Council Chairman. a Trustee for the Southern Museum of Civil War and Locomotive History (a Smithsonian Affiliate in Kennesaw, GA) and for the North Metro Technical College/Chattahoochee Technical College foundations. Bill Borden has been commissioned into The Honorable Order of Kentucky Colonels for life, twice, by two sitting Governors of the Commonwealth; he has been honored as an Honorary Commissioner of Agriculture by two different Commissioners; he is a past member of the F & T committee for the Cobb County School Board to oversee the SPLOST programs as well as a member and former Secretary of the citizens oversight committee for the Cobb County Board of Commissioners SPLOST program and as served on the Kennesaw Development Authority. Bill is an aircraft pilot with a high-performance rating, a Master Certified SSI SCUBA Diver, Boy Scout Leader, proficient in two disciplines of martial arts, an expert marksman and has been a MENSA member for over 40 years. Bill Borden is a Rotary Paul Harris Fellow, and was named “Rotarian of the Year”, past member of both the Rotary Club of North Cobb and the Rotary Club of Vining Cumberland and is currently an member of the Susitna Rotary Club.  Bill is also a founding member of the Kiwanis Club of Greater Kennesaw and a Director for Georgia Kiwanis Division 15. Bill is a professional athlete and an avid winter outdoorsman. Bill Borden is one of only 780 people in the entire world to have successfully completed the 1,151 mile Iditarod Sled Dog Race from Anchorage to Nome, Alaska. Bill Borden completed his first Iditarod in 2002. Also, in his racing profile are top 20 finishes in Klondike 300, the Knik 200 and the Denali 300 races.

Bill Borden.... It's More Than a Profession, it is a Passion

Bill Borden is married to Brenda who he says is, without a doubt, the key to his success. Brenda is also an expert in the real estate field, having founded her own mortgage company in 1996. With Bill's help, her mortgage company was, by 2002, the 20th largest mortgage company in the State of Georgia, according to the Atlanta Business Chronicle. In 2011 Brenda merged her mortgage company with a nationwide lender, to free up some more time for her ever-growing responsibilities as Broker of High Caliber Realtors. Bill is also proud of his wife's artistic talent, have recently made the step up to professional photographer in her newly found “spare time." Bill Borden and his wife, Brenda, have an adult son and daughter and four grandchildren.

Bill Borden… Seeing the Big Picture, Our Future, Our Children

Bill Borden and his wife Brenda Borden are the founders of Cool Dreams, Inc. a 501c(3) Alaskan Non Profit Corporation that provides an Iditarod based message to school children all over the United States. With the use of the Cool Dreams Iditarod Sled Dog Team and the arctic adventure of the Iditarod, the message Cool Dreams takes to the children is that through proper planning, the setting of proper goals and faith in God anything is possible. With over 6,000 schools nationwide using the Iditarod as a teaching tool, Bill and Brenda are blessed to have given the Cool Dreams' Presentation to over 300,000 school age children. In 2010 the City of Kennesaw honored Bill and Brenda again by naming the one and one-half mile walking trail in Cobb County, Georgia’s busiest park the “Fisher King Iditarod Lead Dog Memorial Trail.” The Cool Dreams Foundation then raised the funds to adorn the trail with seven national park style, full color signs, each of which display character education words such as Accomplishment, Courage and Perseverance and using Bill’s Iditarod experience to inspire the reader to achieve those traits. Teachers and home school classes use the trail for makeup school work and extra credit while other teachers and classes build curriculum around it to maintain student interest and inspire participation.

Bill Borden… Ready to Help You Realize Your Dreams

Daily, Bill Borden helps families and businessmen achieve their dream through the proper management of real estate wealth. Bill Borden is one of a unique few, a Finisher of The Last Great Race, Alaska’s Iditarod. The planning and perseverance it takes to be one of less than eight hundred people in the world to complete this task goes a long way in proving the dedication Bill has and that he will find the best real estate solution for you. Let Bill and his team at the HIGH CALIBER Companies help you find your own special place, secure your future, allow your kids to go to college and you to retire the way you want.