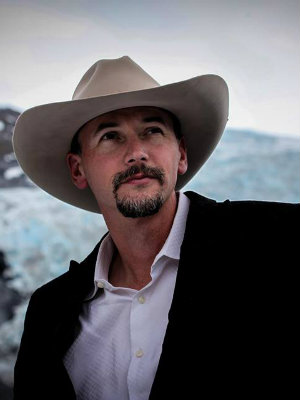 Ken was born in Michigan and raised in Alaska, graduated from Palmer High, and lives the life of a true Alaskan.   Living on a farm that has a view of spectacular mountain ranges, Ken lives and works the land with his family that he not only grew up on, but takes with him as a grounding and inspirational part of his music and approach to life.  At home, Ken is not only a premier real estate agent but also a permanent fixture of country music shows and the star of annual events that range from North America's premier winter festival, Fur Rendezvous, to the longest dog race in the world, the Iditarod; he is Alaska's beloved son.

Ken’s professional experience includes acting as the Training Trust Administrator for Local 302.  He supervised over 50 employees and handled a $4 million+ annual budget.  Additionally Ken was a Business Agent with the Local which included clarifying and administering various collective bargaining agreements, problem solving and applying labor laws to the negotiations.  This in-depth, hands-on employment lends great understanding, patience and persistence to Ken’s real estate negotiations.  Ken joined Keller Williams in 2014 and then made an adjustment to join the High Caliber Realty pros in 2017.

For a little personal background, in 2008, Ken began recording his third CD with Waylon Jenning's legendary band the Waymores Outlaws. During the first session Ken felt a lump on the left side of his throat. He flew back to Alaska where tests confirmed he had head and neck cancer.  Ken would need to have his tonsils removed and a radical neck dissection performed to remove the affected lymph nodes. Next he would have his wisdom teeth and molars pulled in preparation for radiation treatment.

Despite his condition, Ken was concerned he may permanently lose his ability to sing and perform, so he boarded a plane back to Nashville to complete the remaining five tracks on his new CD. After completing the CD, Ken returned to Alaska to begin a seven week, five days a week regimen of Chemotherapy and Radiation.  Today Ken Peltier proudly thanks his family, friends and amazing team of Alaskan doctors for his recovery and current good health.

Because of this personal experience, Ken is very involved in the community and has touched the lives of many Alaskans through his charitable outreach in cancer prevention, as well as countless acts of selflessness as he donates time and performances to the Cancer Society and other organizations. His previous work experience has left him with a huge network of friends and contacts across the Great Land which serves him well in selling your property, or finding you the perfect home, no matter where it might be located, on or off the grid.

For all of these reasons, Ken is an excellent choice to help you with property, buying or selling, in Alaska!